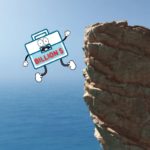 PrevFirst billion-dollar deal in cryptocurrency world failed apart due to financial statements, review by our Crypto-Upvotes experts26.08.2022
More than half of BTC transactions are fake,review by Crypto-Upvotes01.09.2022

Harmony blockchain developers have changed their plan to give users their money back....

FTX has withdrawal problems amid conflict with Binance

FTX platform users have begun to report problems and delays with withdrawals from...