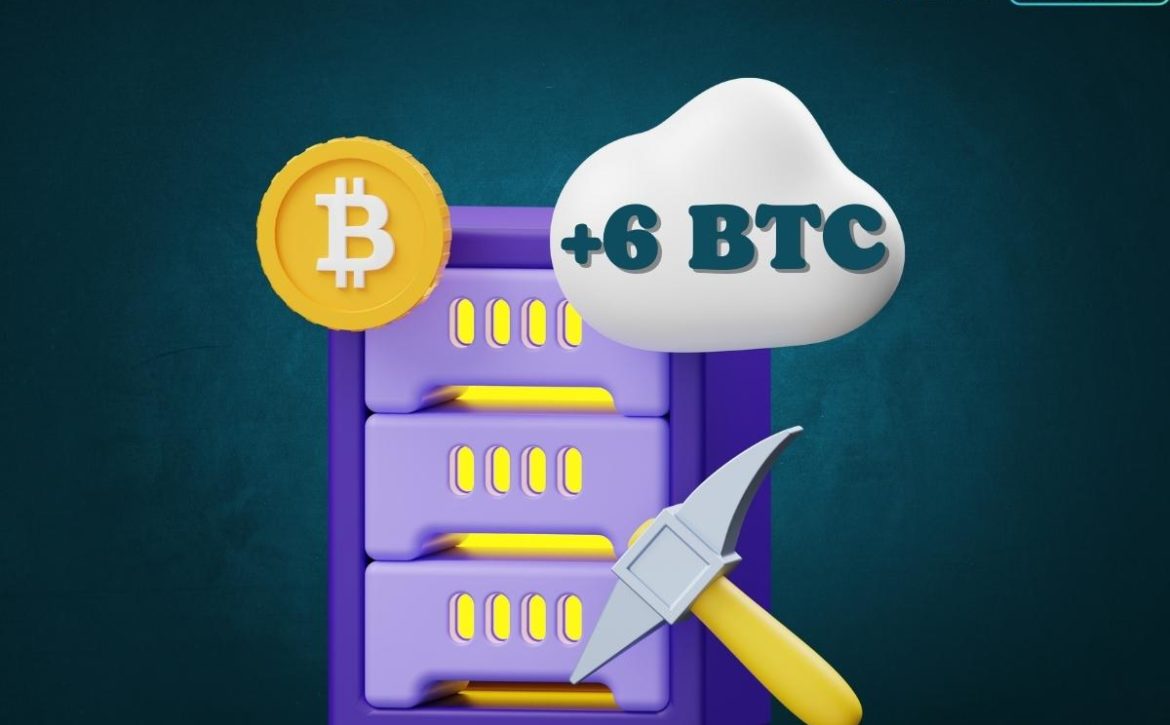 Our experts explained how a private miner managed to get a reward for the found block. With hardly noticeable computing power he was able to get 6 BTC

A lucky private miner, with barely a fraction of the processing power in the Bitcoin network. He received a reward of 6.35 BTC for finding a block numbered 772,793.

The chances of adding a block as a single miner are determined by the number of hashes. Which the miner device calculates per second. Relative to the total number of hashes that all the machines on the network compute each second.

Typically, blocks are mined by large pools combining the power of thousands of devices participating in a pool of users. The largest of them are Foundry, AntPool and Exchange of Binance’s own pool.

At the time the block was added to blockchain, the total bitcoin hashrate was just over 269 EH/s. That is, a single miner’s hash rate of 10 TH/s was only 0.000000037% of the total computing power of that network.

Our experts say that this is an extremely atypical case. One miner privately can work for 30 years and not pick up the right hash during this time. At the same time he will consume electricity and produce a resource of equipment. The risks of finding nothing and making a loss are much greater.

It’s like buying a lottery ticket. You can buy one ticket every day and not get a win. Or you can buy one single time and win, but the chances are slim. If you approach mining as a business, it is more pragmatic to get a more modest but guaranteed income every day.

Now hashrate of network is 283 million TH/s against 10,6 TH/s capacity of unknown miner. In theory, with such parameters of the equipment it should mine one block out of almost 27 thousand mined blocks. Considering that about 900 BTC are mined per day, that’s about one block in 81 years.

Solo mining can be used when mining new coins, where the network capacity is quite low. And one person’s equipment takes a noticeable share of the entire processing power of the network. With pools, the probability of receiving remuneration increases many times over. But the user receives only a share of the reward, proportionally calculated from the entire computing power of the pool.

Bitcointalk forum users, discussing the lucky miner. came to the conclusion that his setup consisted of four rudimentary USB miners, each of which produced no more than 3 TH/s and cost about $200.

Our experts congratulate this guy, but remind us that it was a lucky lottery ticket. 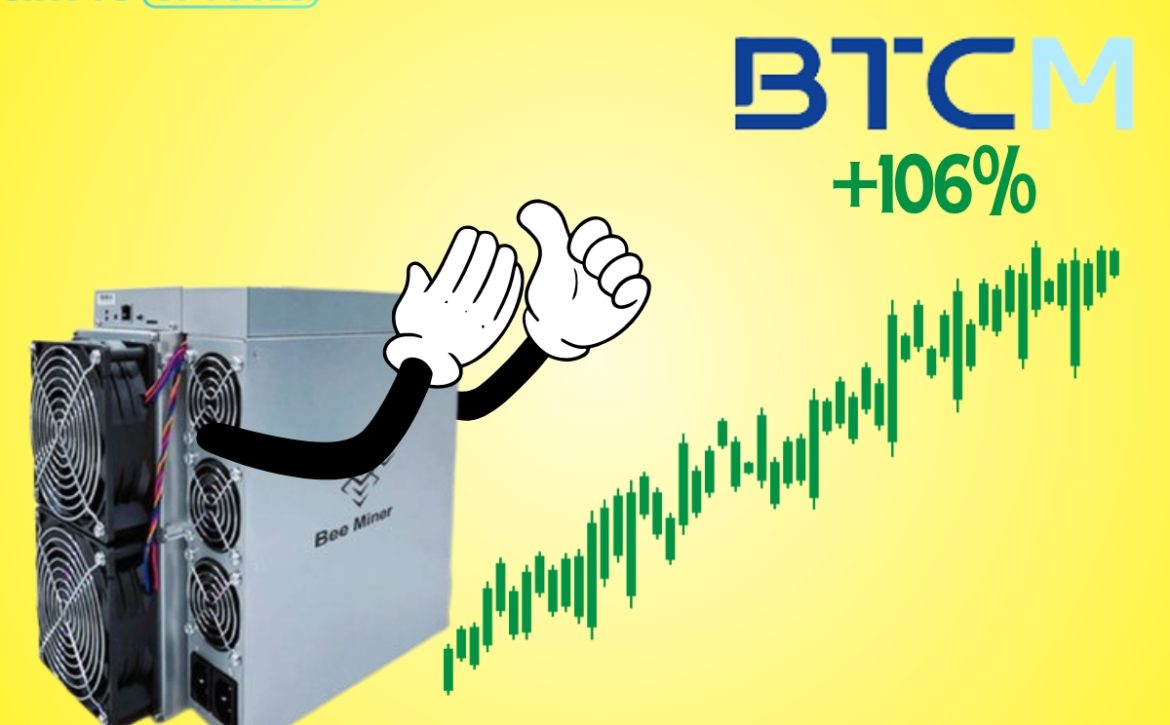 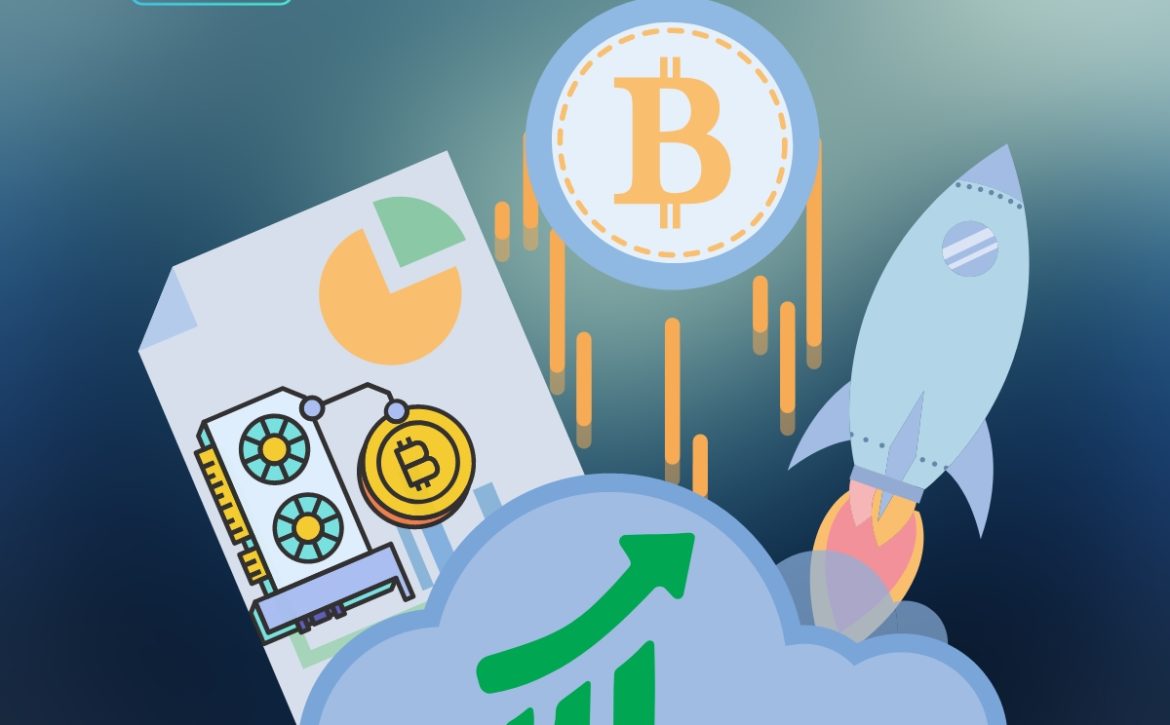 Mining companies increased in price due to growth of Bitcoin rate

Growth in securities of mining companies in January reached the highest monthly level in at least a year. Crypto-Upvotes expert review

The MVIS Global Digital Assets Mining Index, which includes data on the 20 largest miners. Such as Riot Blockchain, Galaxy Digital, Bitfarms and Iris Energy, is up 64 percent since the beginning of January 2023. This month, the indicator posted its biggest increase since its inception in December 2021. In doing so, Bitfarms securities rose more than 140%. And shares of Marathon Digital Holdings were up more than 120%. And Hive Blockchain Technologies more than doubled.

The growth of miners’ shares was caused by the recovery of Bitcoin. The first cryptocurrency since the beginning of January rose in price by 26.5% – from $ 16.6 thousand to $ 21 thousand. And on January 16 Bitcoin rate updated its maximum for 4 months, exceeding the mark of $ 21.4 thousand.

Profits of miners also increased against the growth of the crypto market. Despite the fact that the complexity of Bitcoin mining has grown to record levels. And more and more miners are plugging in, increasing hash rates. Luxor Hashprice Index – showing how much income a Bitcoin miner can expect. With a certain amount of hashrate – up 21% this year.

However, our experts note that it is unknown how long the growth of mining companies’ quotes will last. Cryptocurrency mining companies faced financial difficulties in 2022 and were forced to sell the mined cryptocurrency. As well as to return the equipment, reduce costs and personnel. 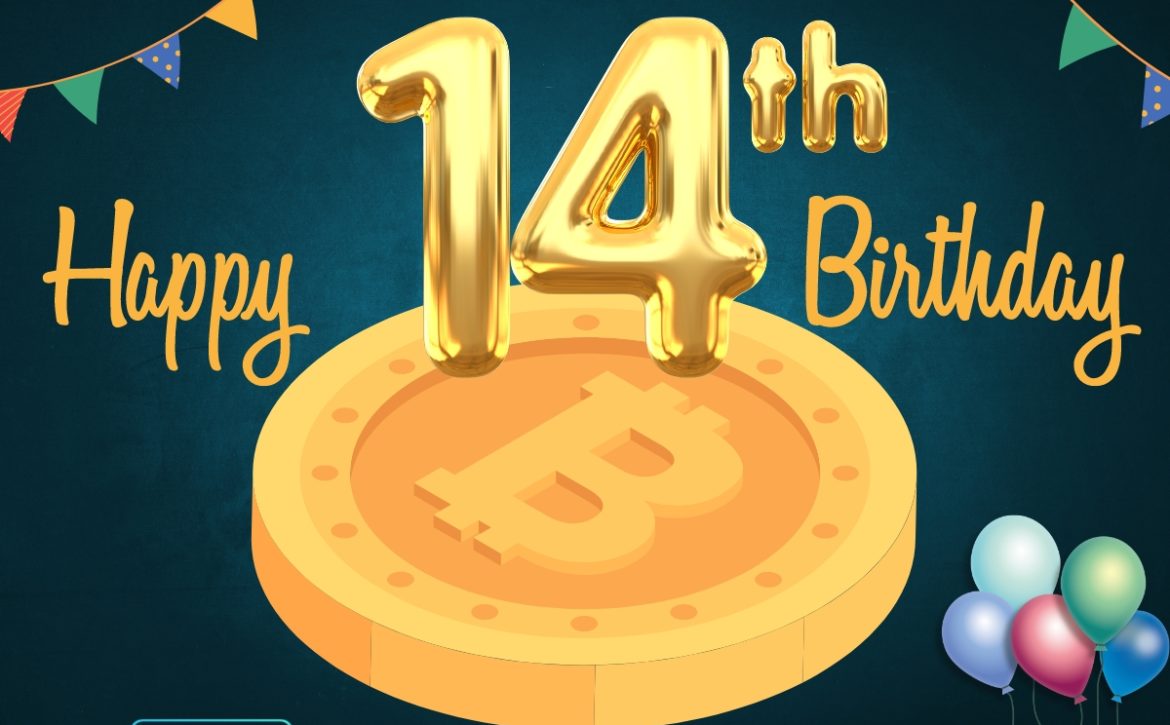 Bitcoin turned 14 years old. January 3, 2009 can be considered the real birthday of Bitcoin. That’s when the genesis block was mined with the date and a short excerpt from The Times article: “The Times 03/Jan/2009 Chancellor on brink of second bailout for banks”.

On October 31, 2008, the creator of Bitcoin, known as Satoshi Nakamoto, published a white paper. Titled “Bitcoin: A Peer-to-Peer Electronic Cash System. However, the BTC network did not actually work until three months later, when Satoshi mined the first block.

The genesis block was mined on a small server in Helsinki. The reward for mining it was 50 BTC. The first transaction on the BTC network took place a few days later. On January 12, 2009, 10 BTC from Satoshi Nakamoto were sent to developer Hal Finney in Block 170.

Nine months later, on October 5, Bitcoin appeared on the New Liberty Standart exchange. Our experts note that for $ 1 you could buy 1,309 BTC (now their price is $21 million).

On February 9, 2011, BTC for the first time equaled in value to the U.S. dollar. And on April 16 of the same year a major publication – Time magazine published an article about Bitcoin, for the first time about the new asset. The currency reached a total capitalization of $10 million.

Since then, Bitcoin has experienced several ups and downs. It reached its peak in November 2021, rising to $69,000. In 2022, global economic problems and several major bankruptcies in the industry led to a significant decline in cryptocurrency rates and a prolonged crypto winter.

The asset currently has a market capitalization of $322 billion and a daily trading volume of $13 billion. Bitcoin’s stake in a crypto market is 38.2%. 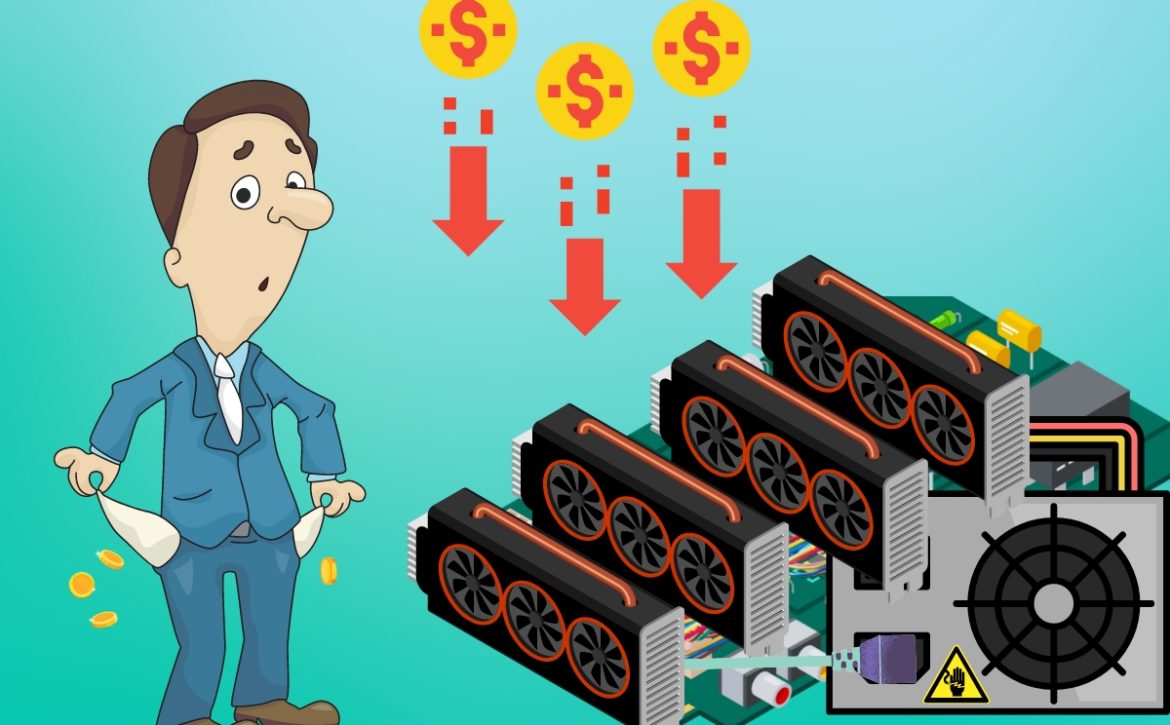 Profits of Bitcoin miners fell to their lowest in two years

Computing power of BTC mining equipment also began to decline. In addition to profits of miners, hashrate of network fell by 13% during one month

Bitcoin mining profits have fallen to their lowest in two years, with BTC mining profits totaling $11.6 million on Nov. 26, according to Blockchain.com. Miners last earned less than this amount on November 2, 2020, on that day they received $10.9 million at a BTC exchange rate of about $13,700.

Bitcoin network hashrate (the total capacity of all mining equipment connected to the network) declined. On November 2, it peaked at 273 Eh/s and fell by 13% to 237 Eh/s during the month. Decrease in computing power means that some of equipment was switched off by miners.

In addition to falling BTC price, a negative factor for mining cryptocurrency was also an increase in the complexity of its mining. On November 21, this indicator renewed its all-time high and rose to a record 36.95 T. Our experts note that next change in mining complexity should occur around December 5. 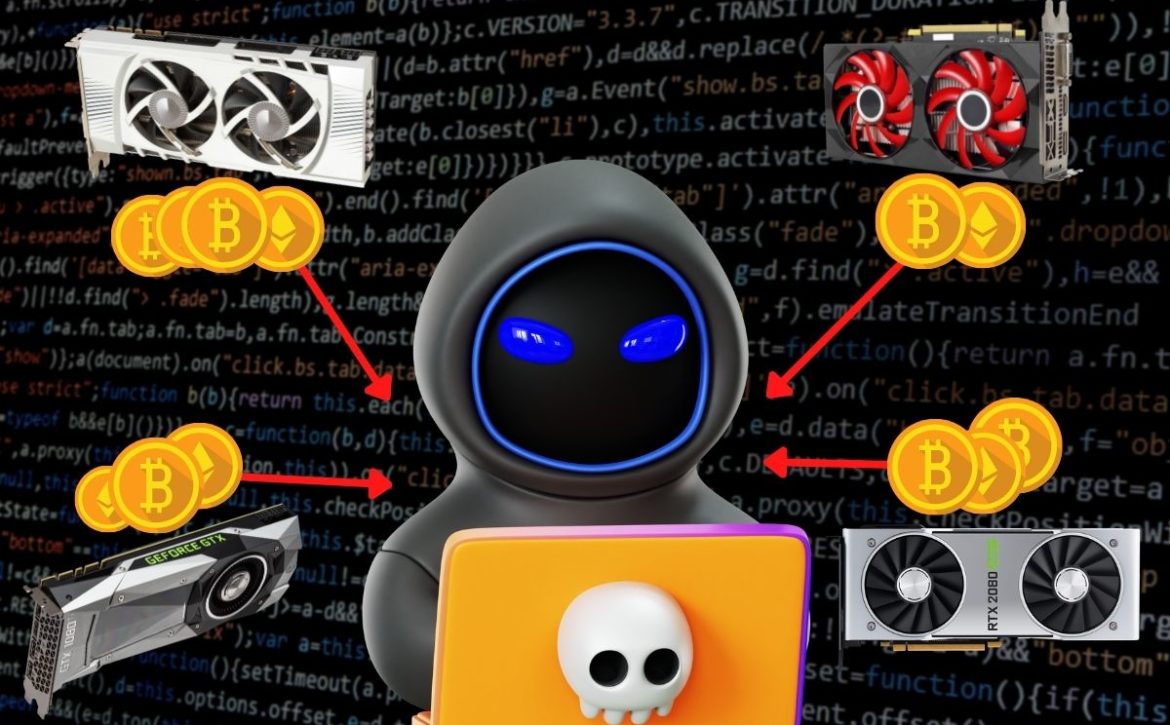